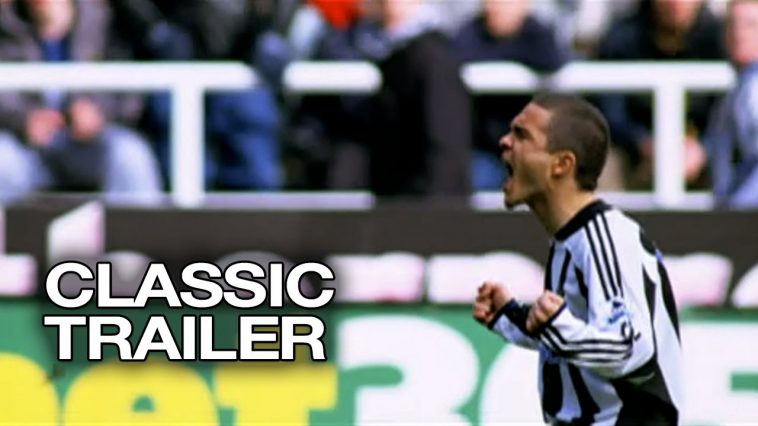 Quite by accident, I came across this film and as a fan of sports projects, I decided to watch it without any expectations. After watching it, I looked at several sites and was surprised by numerous positive comments about this film, because I did not find anything interesting, convincing or worth watching in it.

The main character is Santiago Munjez, who was smuggled from Mexico to the United States by his father and his entire family. He works as a gardener and plays football in his free time, and his life is changed by the knowledge that a scout from Great Britain, sent by a pro-league club, will come to watch him. He gets a chance to rehearse at Newcastle United, and goes to Europe, although his father strongly opposes it. In addition to the asthma he is struggling with, envious and inhospitable teammates, as well as the rough way of playing English football, Santiago is in a situation to make his debut for the first team.

A neutral observer would find it appropriate to comment that footballers are rude, grumpy thugs who never stop. In addition, I would add that football as a game is quite boring, while the life of a football player is very interesting, with occasional training. That is why I conclude that this film is much more a modern fairy tale about a modest guy who managed to live out his dream and achieve the impossible, than a family, sports drama about football.

The script is simple, clichéd, uninteresting and predictable. I got the impression that it was written by a man who has points of contact with football, like me with cricket. The hole is full, starting from the fact that a guy with asthma plays such a hard sport, to the fact that without a pro game he gets a contract for a prestigious club, which is dreamed of by millions of kids who have been coaching football since early childhood. The story is kept by Santiago himself, who is kind, honest and highly moral, so that he easily achieves the sympathy of the viewers, who sincerely support him to succeed in his intention, even though everyone knows that he will succeed in that.

In addition to mediocre acting, I praise the appearance of football legends, such as Zinedine Zidane, David Beckham and Alan Shearer. Their choice is a great advertisement, both for the film, for them as individuals, and for football itself. The film is technically average, typical of TV screenings. However, the fact is that this is a marginal project, which trivializes football as a game, and which can be interesting to kids who play football with the hope that one day they will experience Santiago’s fate, or to passionate football fans.

In addition, the film had its sequel in 2007, when Santiago transferred to Real Madrid.