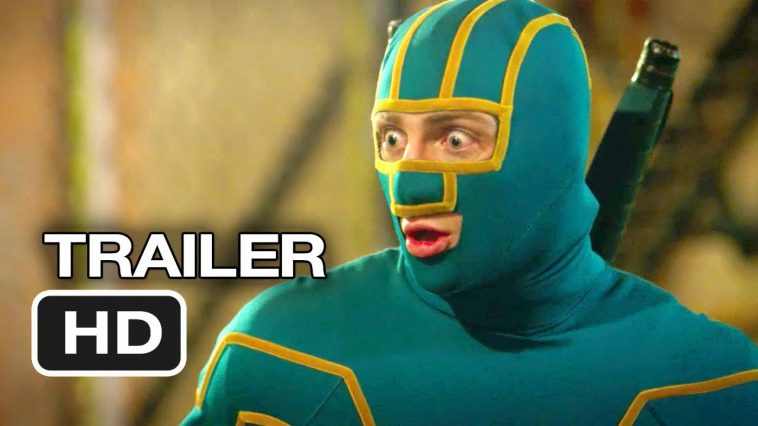 When it comes to making this film, we believe that its meaning, as well as other similar sequels in the world of film, is very obvious to anyone who is even familiar with the concept of commercial cinema, so we will skip this somewhat chewed topic of raising money for the old glory. . The first part of this film from 2010, achieved a very enviable success, and this sequel, which followed in a very short time, was quite a logical and expected step. However, when it comes to the quality of this film, it is a topic that we cannot skip anymore. Without any deeper analysis, we will conclude that the first part of the movie Kick Ass was certainly better, but it remains to be determined how much its sequel actually lags behind it.

Just like its predecessor, the movie Kick Ass 2 is also based on the comic book of the same name, as well as the comic book Hit-Girl. After a long “superhero” break, David Lizewski (Aaron Taylor-Johnson) decides to return to the role of Kick Esa. He joins a group of ordinary citizens, who, guided by his example, have also become masked fighters against crime. His opponent, Chris D’Amico (Christopher Mintz-Plasse), meanwhile, gives up his role as Red Mist from the previous part of the film and becomes the main villain under the name The Motherfucker, in a desire to take revenge on Kick Ess for the murder of his father. At the same time, Mindy Mekridi (Chloë Grace Moretz), under the influence of her guardian, ceases to be a Hit-Girl. Kik Es, of course, does everything to persuade her to return to that role and rejoin him in the fight against crime.

Compared to the first part of the film, the humor in Kick Ass 2 is very forced and almost zero. Of course, as always, there is a good advantage, but in relation to the whole, it is completely negligible. The huge number of characters in the film contributes to their very poor elaboration. A large number of characters does not necessarily mean their shallowness and it is certainly not the rule that the number of actors is inversely proportional to their elaboration and impressiveness, but this turned out to be an aggravating circumstance, but again not a justification for the mentioned dilution of character. The essence of a character can sometimes be evoked with very few things, and here that skill was obviously lacking. Not to be confused, the previous sentences referred primarily to the constellation of supporting characters in this film, while the situation with the main characters is much better, but again partly thanks to their well-established basis from the first sequel to the film.

David Lizevski did not excel in the role of Kick Esa this time either, and it can even be said with certainty that his appearance in the first film was much more interesting, although as an actor he did not shine on that occasion, nor did he leave any significant impression on us. Chloe Grace Moritz in the role of Hit-Girl, although the youngest, was certainly the best and most impressive member of the entire cast, and probably the brightest point of the film. Chloe is a phenomenon that can be seen once a decade in the world of film, and we are convinced that a very bright future awaits her, if she continues to work as an actor. Hiring Jim Carrey for the role of Sal Bertolini / Colonel Stars and Stripes remained a complete enigma for us, since the mentioned role had absolutely no need for an actor of Kerry’s caliber and could be played by almost anyone. The Colonel Stars and Stripes is not particularly impressive, and that, in addition to Kerry’s appearance in the film Earth Girls Are Easy, is probably his weakest role in his career so far.

So far we have not had the habit of mentioning this information, but in the case of Kick Ass 2 we must mention its surprisingly high rating on IMDB, of as much as 7.1, but this is not surprising given that the first part of the film, which is better, also has unreal high score of 7.8. Kick Ass is certainly not careless and, if you lower your guard and your criteria related to certain segments of the film, it can certainly be quite decent fun and instant entertainment if you are a fan of the subject matter of this film.