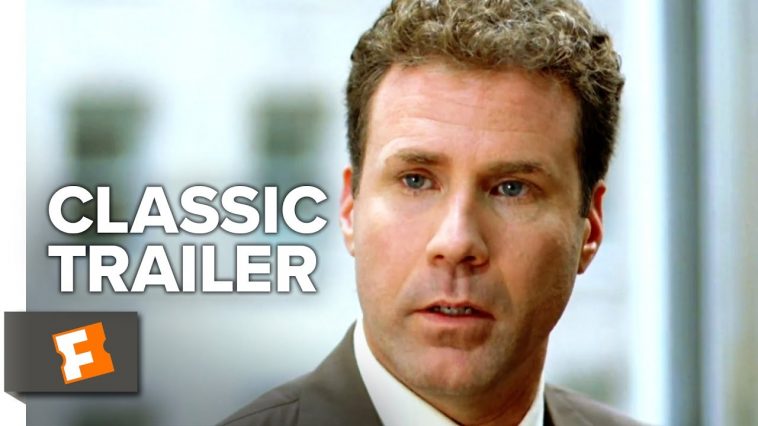 Despite the opinion that nowadays it is almost impossible to come up with an original story, supported by the view that almost everything in the world has already been said, the film Stranger Than Fiction appears, which refutes it and manages to delight us in every way. This is supported by a thought that allegedly dates back to ancient Egyptian culture and has been running through the entire human civilization for millennia, and reads “what should I write when everything has already been written”. So, judging by everything, it is always possible to think of something new and original, although we must admit that a certain saturation in that field really exists, but it seems that it was characteristic for all time periods, and not only for ours. However, in order not to get too carried away, suffice it to say that Stranger Than Fiction is a great film, because we have exaggerated a bit with such big words in the previous lines, seemingly pretending to show it as an extraordinary masterpiece, which it certainly is not.

As you’ve probably already figured out, Stranger Than Fiction’s main trump card is the refreshing originality of its story, as a great and somewhat unusual combination of fantasy and drama, imbued with humor that leans slightly toward what we commonly call black comedy. The central figure of this film is a tax agent named Harold Creek (Will Ferrell). One morning, Harold begins to hear the narrator’s voice, which follows all his daily actions down to the smallest detail. Convinced that this bizarre phenomenon is not the product of some of his mental disorders, Harold turns to literature professor Jules Hilbert (Dustin Hoffman) for help in determining who his narrator really is based on the style of narration, which is an extremely unusual choice of professional help when such a problem in question. However, we are familiar with the fact that his narrator is Karen Eifil (Emma Thompson), whose story goes hand in hand with Harold’s. Karen is not really aware of her influence on Harold, whose existence she is not even aware of, and her narration is the product of work on her latest novel, which follows Harold’s life by an incredible coincidence. The problem arises when Harold learns from a mysterious narrator’s voice that he will die, which forces him to make drastic changes in his rather depressing life routine, in the hope that he will influence the announced unfortunate destiny.

The film Stranger Than Fiction is further spiced up by a love story between baker Ana Paskal (Maggie Gyllenhaal) and Harold, which develops in parallel with his personality transformation and which is further fueled by his sympathies for Ana. Inserting a love theme into this film was actually a rather risky move, threatening to dilute such a great story, but fortunately these elements of romance also turned out to be satisfactorily aligned with the level of unusualness of the film’s main theme. More precisely, you will notice that Harold is courting in an extremely interesting way, and it turns out to be a very efficient way.

As you’ve probably noticed, the cast of this film is great, at least by our standards. Dustin Hoffman and Emma Thompson provided a standard good performance in their roles, and Villa Ferrell can be said to have done great in the role of Harold, which is not exactly characteristic of him. Ferrell is simply comical by the inertia of whatever he played, whether he wanted to or not, and in Harold’s case it was a winning combination.

Harold’s schizophrenic experience seems necessary to win Ana’s heart and break the monotony of his life, and this could be seen as the most banal and basic meaning of his fantastic adventure in this film. However, even if the element of a love story is removed from the film, it would still remain interesting, and according to some opinions even better, but in our opinion it is certainly not superfluous. Also, we would note that the music in the film is great, which further contributes to the positive impression of the film, thanks to the compositions of Brian Reicel, and especially Brit Daniel from the group Spoon.

“Stranger Than Fiction” is one of the few films that we had practically no objection to, nor did we hurt too much for its weak points. So you have our full recommendation to take a look at it, if you haven’t already.