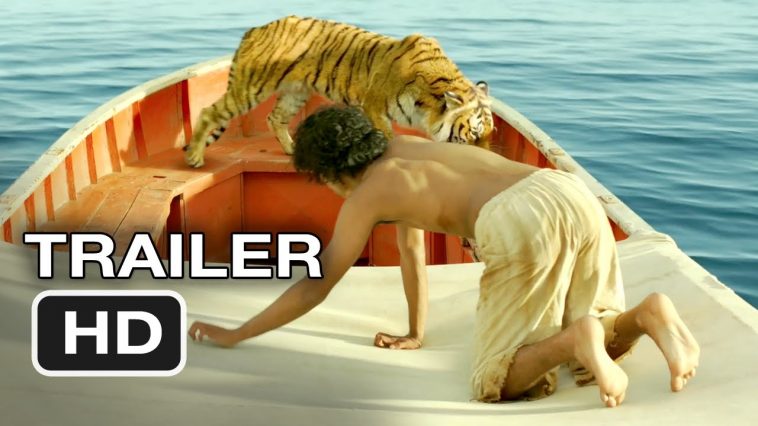 Yeah, yeah, great movie, right? We have to say that we are thrilled ourselves. The trailer was very promising, and the film itself fully justified it. Ang Lee surprised us again and rightly picked up four Oscars, given that he was nominated in as many as 11 categories. Leo’s films have won eight Oscars so far, and he is also the first Asian director to win this award. After a year of movie superheroes, we finally got a real refreshment in the form of a fairy tale about the unusual life of an ordinary person.

The acting abilities of the main actor of the film, the almost anonymous Suraj Sharma in the role of sixteen-year-old Pi Patel, cannot be disputed, and in a masterful story like this, acting may not be so important. More precisely, the beauty of the story and the visual richness of the film, make us push everything that we would possibly object to this film into the background.

The story has a very clear symbolism, but it is practically invisible until the very end, when Pi offers an alternative version of his adventure, for the unfaithful Tom. The very part of the story, which takes place on the high seas, could actually be interpreted as a kind of modern fable, in which an alternative story can represent an analysis of the same. The characters of the hyena, zebra and orangutan, occupy a larger part in the second story than in the first, in the form of a ship’s cook (Gérard Depardieu), Pius’ mother (Taboo) and a Taiwanese sailor (Bo-Chieh Wang), while the tiger Richard Parker is actually Pi.

However, in the main story, which we follow visually through the main part of the film, the dominant role is played by Pi and the tiger, while the other characters are almost irrelevant because very quickly, after the beginning of the story in the boat, they disappear. The most interesting comparison is the boy and the tiger, which represents his courage. Pi finds his courage and will to survive, represented by the establishment of an impossible relationship with the tiger, who also leaves him without looking back, after the boy reaches the safe ground. So, the tiger Richard Parker is leaving, because the boy Pi is safe and there is no need for courage anymore.

Apart from the fact that Japanese insurance agents were eventually offered two versions of the story, the viewer himself, in a way, was given the choice of which story to accept. The hole that exists in the parallel between the two stories is the fact that the tiger, which in the second story would represent Pius, ate the zebra and the orangutan, after the hyena killed them, and that part is not in the other story. Also, it remains unclear how the adult Pi (Irrfan Khan), with his story, made the writer (Rafe Spall) believe in God, as he promised him at the beginning of the story. In fact, Pius’ accompanying stories about the crisis of his own religious identity during his life are far more inspiring on the topic of faith than the story at sea.

As we have already said, when everything is added and subtracted, it is best to put aside all objections to the beauty of the film and indulge in enjoying this, visually fantastic film.