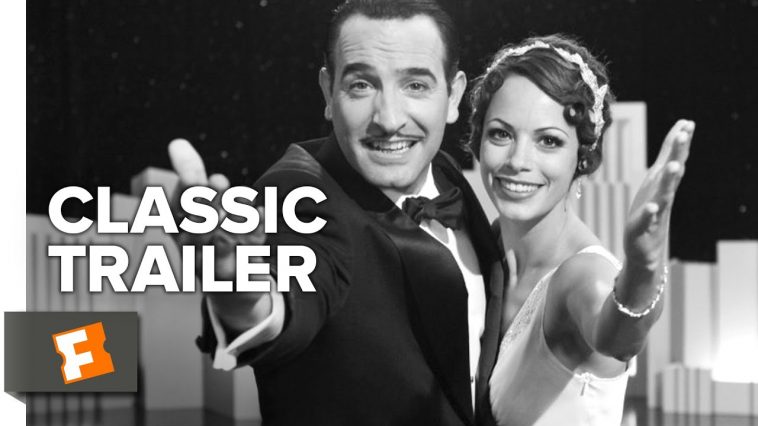 When all the fuss and fuss about this movie started and when the Oscars for 2012 were in these colors, I said to myself – I’m not going to watch it right now. However, the devil did not give me peace, I was too curious, I said, let me see that miracle too and I have to admit that I would have repented if I had not looked at this. To be clear, this is a silent film in black and white in the 21st century. Rarity par excellence, and what kind!

The year is 1927. George Valentin (Jean Dujardin) is a great movie star of silent film. After one premiere of her film, by chance, instead of the film itself, the clumsy girl Pepi Miller (Bérénice Bejo) comes to the public’s attention. . From the very beginning, that fluid appears between them, but George is married to the beautiful but cold woman Doris (Penelope Ann Miller). However, his true companion in life, and in the film, is his faithful dog. Although he is a big movie star, his fame is slowly starting to fade, the film industry is cruel and innovative, “some new kids” are constantly appearing, while the market is looking for “fresh meat” and sound film is slowly replacing dumb. George does not come to terms easily with those changes that slightly herald changes in his private life as well.

He prepared for the field of directing such a film with his previous projects. Here, he used his regret for Hollywood nostalgia and melancholy and some better and more beautiful times, both as a theme and as a concept for the whole story. The film is, of course, without a dialogue of actors, a completely silent film, but with a lot of emphasized emotional and dramatic scenes that successfully mask the fact that this is one such film at all. It is excellently designed and even better realized. Although many complain about certain scenes, that they are too long, they are like that for a reason, so that we stay as deeply engrossed in the film as possible.

The whole project was completely “stolen” by Jean Dujardin, a French actor who has a lot of films behind him in his mother tongue, but he became famous to the general population only with this film. He simply captivates with his appearance on the screen, we keep our eyes on him, and we often say that about a beautiful lady. And this project has just one such, the beautiful Berenice Bejo, his partner in the film and her very sympathetic role. I must always mention, but always welcome, John Goodman as his manager and the supporting role of the old fox James Cromwell as the driver.

He won as many as five awards at the Oscars (for best film, direction, lead actor, music and costumes), won awards at the Golden Globes, BAFTA awards and many others. The only flaw of this film would be those predestined Oscars that have been talked about since the distribution, but I don’t mind such things, at least not in this case.

This is a fantastic film that totally deservedly picked up all the awards. So beautifully done, truly artistic, it gives us the feeling that we are still in that time, appreciating old true values. The film takes us back to the cult realms of classics like Casablanca and Gone with the Wind, as if it weren’t 2000 or so. Indeed, a picture is sometimes worth (speaking) more than a thousand words.