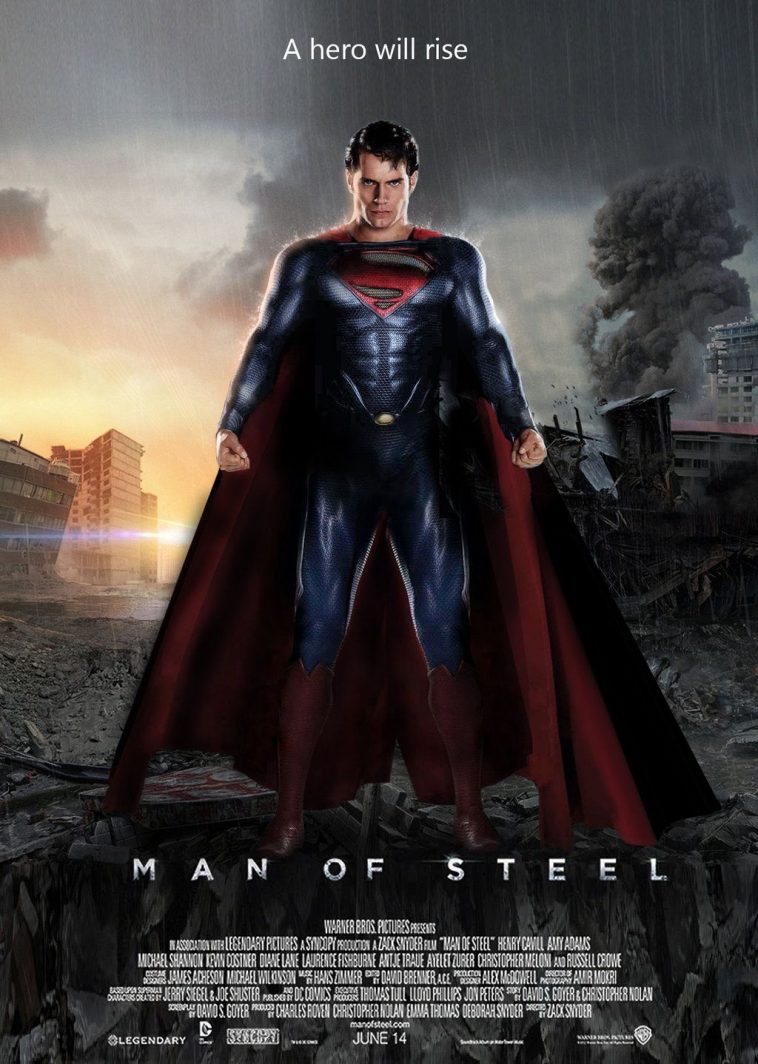 Since the release of this film, I have been reading more and more negative impressions and criticisms, some of which are grounded, and some pure hater nonsense. To find some middle ground in them then that would not be my opinion, because my impression is that, so far, this film directed by Zack Snyder, when everything is taken into account, added and subtracted, is the best sci-fi film this year. Concluding with this date for sure.

The plot is more or less known to everyone. Cal El (Superman), the earthly Clark Kent, was born on the planet Krypton, due to the circumstances he reached Earth, he was raised there by wonderful parents – Martha and Jonathan Kent, who instilled true values ​​in him. From childhood, Clark feels that there is something more that he is destined for. As he grows up, he tries to “find” himself and struggles with personal issues of his very existence and life in general. In that inner turmoil, Clark soon discovers that he possesses superhuman powers that he will have to use soon in a conflict that threatens to destroy the world as he knows it. He becomes Superman, a hero who is the only one who has what is needed, hope for the salvation of the world, and he will also do everything to protect those he loves. I think that this is quite enough because the story is told from the very roots of the character of Superman, so there is no need to elaborate on it anymore.

The gentlemen who made the film: Snyder, Nolan and Goyer, according to many, failed with all available technology and ideas to make a perfect film about this superhero, while I think this is a very good filming and portrait of Superman, which was almost destroyed by some earlier screenplays. The film adaptation of this hero did not come out of Riva and his films, and that is exactly why this film has a greater value. This is a more modern depiction of Superman, more creative, and also quite adapted to today’s conditions and technology, not only to those things, but to life today in general, and therefore to value systems. That is why his character is designed differently, small changes have been made, but nothing too critical to be taken as the basic thing that stings the eyes.

Also, the costume is the most common argument of some why this film is not good, although it is extremely relative, but also extremely irrelevant in terms of the film itself. The freedom to adapt was announced by the names who make the film, and I really don’t see a place for so much disappointment, which is really “more obvious” and louder. The film itself is, it can be said, divided into two segments – only the origin of Superman and his growing up, and the action scenes of the fight. There is drama and romance between them and next to them only in the announcement, but I think that the film has fulfilled its primary and most important task – the most basic portrayal of this hero. Snyder is a visual genius and did the action scenes of the fight perfectly, without any flaws, aided by an even greater genius of the story – Nolan. The two of them really did a good job, although they did not provide the best they could, which opens speculations for possible sequels.

Superman, after a par excellence failure from the blunt and untalented Brandon Ruth in 2006, was played by the great British actor Henry Cavill, known for one of the main roles in the spectacle series about King Henry, where he starred alongside Jonathan Reese Myers. He just merged, both physically and mentally with Clark Kent, as if he was born to play him. One of the best choices for Superman, and the only drawback of his performance is perhaps the lack of freedom in interpretation and the weak and lukewarm chemistry with Louis Lane. She was played by the equally lukewarm and average actress Amy Adams, so I really don’t know how she managed to get to play such an important character. There is no chemistry between them in the film and that is one of my biggest objections.

The rest of the cast was great in a row. Michael Shannon was convincing as General Zod, but still the underutilized potential of that actor, because he can bring out a villain much better (in this case worse). Russell Crowe has always been on the same level as Jor El, Superman’s biological father. The background of the story with him and about Krypton is one of the brightest moments of the film and it is excellently designed and done. Worth mentioning are Superman’s earthly parents, the beautiful Diane Lane and Kevin Costner, who performed the supporting roles superbly.

A recommendation to all people who love gorgeous superhero movies, with great visual effects, great fight scenes, great background of the character and the ending which announces a sequel in which everything that is not in this movie will be done and which is criticized as the main drawback of this film – romance and dramatization of the story and characters at the level that such a screenplay deserves.