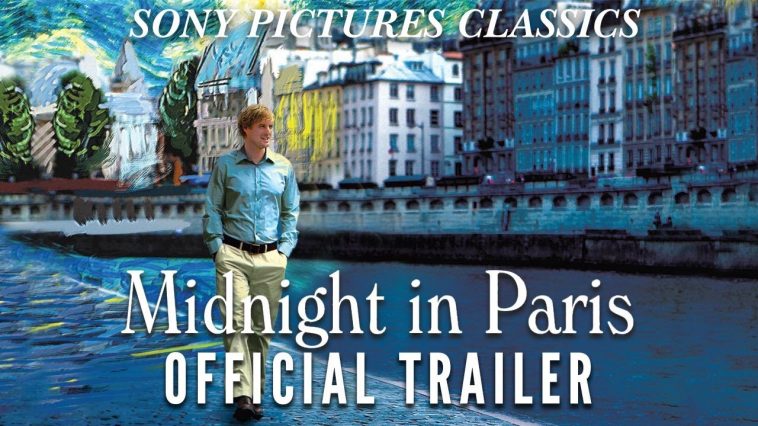 At the beginning of my review of this film, I have to mention something. I don’t like Woody Allen. In general. I can’t say I despise his work because he’s one of today’s more respected directors, but I’m just not a fan of his. Apart from this film and the previous Vicky, Cristina, Barcelona I did not like any film from his opus. This is a beautiful fairy tale, such a beautiful film that it will dissuade even the greatest skeptic in the opus of a signed director, or at least for a moment introduce him very emotionally to this film journey.

The main character of the film is Gil, who is on a short vacation in Paris with his fiancée Inez and her parents. Gil is a screenwriter for Hollywood movies, but as he himself admits, that is not what he wants to do in life and he has a great desire for recognition in the world of literature. While Inez sees his stay in Paris as a routine, Gil, who dreams of writing a great novel, is thrilled to stay in a romantic city where famous American writers from the so-called “Lost Generations”. As Inez drifts further and further away from Gil, finding a soul mate in his old friend and superficial wannabe intellectual Paul, Gil wants to relive the full experience of Paris and one evening gets stuck in a Parisian street at exactly midnight. There, passengers in an old-timer invite him to join them in the ride, he agrees and begins a magical journey during which he will, among other things, meet Adriana, a fashion design student, with whom he falls terribly in love.

This is a film about breaking illusions, about the spirit of dreams, fantasies and the very creativity of creation, and finally about a man who manages to somehow choose the right path at the crossroads of life. It is also a story about the habit of modern man to sigh for the past times when “everything was somehow better”, so it is safe to say that this is a film about grief, nostalgia and melancholy for some better and more beautiful past times. The script is excellent, it won an Oscar, while the direction is the classic Woody, which deserved an Oscar nomination.

Although this is a wonderful, fairytale and very drinkable film, it is not that there are no flaws. There are a lot of exaggerated things in the film itself, a lot of visual idealization of Paris, which is definitely not like that as a whole. It is a beautiful city, a city of love and light with beautiful landscapes, but there is no more realistic picture and more realistic details that are usually not beautiful. Some critics also criticize the one-dimensional, superficial portrayal of historical figures who appear in the film.

Like most film lovers, I despise Owen Wilson, an insignificant blonde anti-talent in the world of film who survives thanks to I don’t know who and I don’t know why, but by no means to his acting talent, which in my opinion is missing or in his tracks CSI. I think it’s clear to everyone that Wilson’s character in the film is actually one of Mr. Woody Allen’s alter-egos in real life. It suits him in all the features that adorn the character, and he is physically suitable in some way. I have to admit that they couldn’t have chosen a better character for this film, lost, insecure, confused, miserable… .which is, unfortunately, also in private life (recent suicide attempt). My dear Rachel McAdams is “destroyed” in the film. The director did not pay any attention to her character (it is not too much for the others), but she is so superficial without any logical explanation that it is worrying. Maybe her worst role in her career, but certainly not thanks to her. Many celebrities from the world of acting paraded in the film, especially the beautiful Marion Cotillard, but the biggest role was attracted by the smaller role of the beautiful Carla Bruni, the wife of the then French President Nicolas Sarkozy.

This is a wonderful, silly, witty, imaginative, very creative film that takes us on a journey from which we do not want to return so soon.