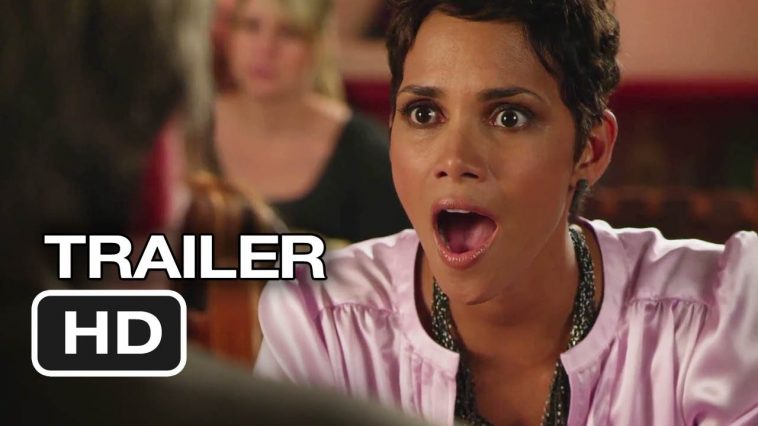 The first thing to notice about this film is that it stars about thirty famous actors of Hollywood A production, and that critics and a large part of the audience agree that this is one of the worst films ever. Intrigued by the trailer, I decided to dedicate an hour and a half to it, and after watching it, I concluded that this is not the worst movie I have ever watched, but it is definitely among the strangest and weirdest.

The beginning of the film shows us three characters who put each other’s April Fool’s jokes in a situation to search the Internet in detail in order to discover and watch the cult film of an underground production called “Film 43”. That film is full of extreme mysterious scenes that can lead to war if it falls into the wrong hands. While browsing the deepest parts of the Internet, they find certain recordings with this name, but these recordings do not show what they expected, but extremely original, but also extremely meaningless scenes and sketches.

The curiosity of this project is that as many as twelve directors worked on it, each of whom directed his own scene. The question arises as to who this film is intended for, since it is really impossible to guess what the target group is and what the reasons for its shooting are. Every sketch / scene is full of politically incorrect and extremely debatable humor that goes well beyond the bounds of good taste, so even fans of black and shock humor feel uncomfortable watching it.

What takes the film out of the very bottom of film cinematography is the appearance of famous actors who in themselves create interest in watching. The feeling while watching famous faces make almost total fools of themselves is mixed and is constantly broken between euphoria and disgust. Indeed, the scene of Wolverine Hugh Jackman with testicles on his throat or the beauty Halle Berry kneading a dish in a restaurant with an enormously large breast cannot be described in words.

In addition to them, there are Richard Gere, Uma Thurman, Gerard Butler, Kate Winslet, Naomi Watts, Emma Stone, Anna Ferris. Anna Faris) and many others. The question is what are their motives for appearing in this project, because they are most likely not paid as much as they can be. The only thing that is more or less not surprising is the appearance of Johnny Knoxville.

“Movie 43” is a collection of meaningless and relatively comical and interesting shots that most people will definitely not like. If you want to see something new and are interested in the lower extremes of taste in cinema, watch this film.