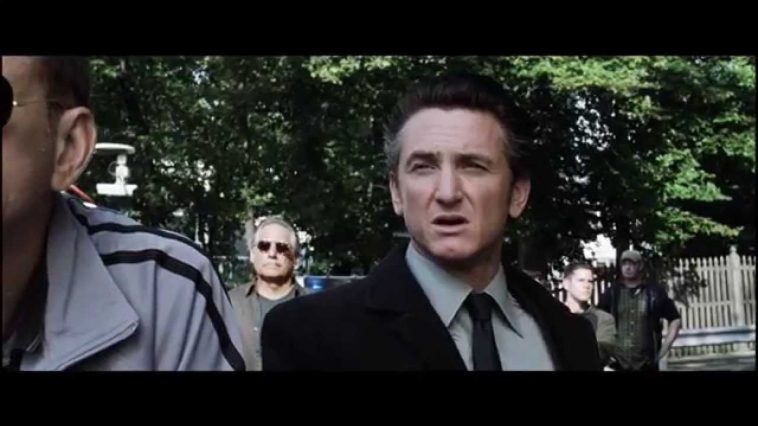 Most film buffs agree that Clint Eastwood does a great job as a director, perhaps much better than he did by playing dubious characters in spaghetti westerns in the 1960s. This time he decided to screen a book by Denis Lijan, based on whose books the screenplays for Shutter Island and Gone, Baby, Gone were written.

At the beginning of the film, we meet Jimmy, Sean and Dave, three boys who live in the Boston suburbs. During idyllic play on the street, they experience a trauma that severely affects all three, when Dave, a masked pedophile, kidnaps him for a few days, until Dave manages to escape. The plot of the film then moves thirty years forward, all three still live in the same part of the city, Dave is strongly impressed by childhood trauma, Sean becomes a detective who has problems in marriage, while Jimmy, after a turbulent life, finally finds peace with his second wife. . The tragedy that will befall one of them will reunite them, but it will also open old wounds, fears and doubts.

During the film, the impression is that this film is a typical episode of some popular series about police investigators, but this film is much more than that. This is a great emotional study, about people, their behaviors and the consequences of such behavior. Eastwood, in his own way, gives little by little to the viewer, slowly unwraps the story and provides an unfolding that leaves each viewer nailed to the seat. Brian Helgeland, a man who specializes in writing screenplays that are adaptations of the novel, did a great job this time as well and was deservedly nominated for an Oscar.

The acting in this film is top notch. The casting is done perfectly and it seems that every actor is made for that role. The main trio carries the entire film. Sean Penn is great at portraying the unbridled Jimmy, a man who turns from a caring and self-sacrificing father to a cold-blooded killer in a second. Tim Robbins masterfully plays the traumatic Dave, simply making the viewer feel sorry for him. The third part of the main trio is entrusted to Kevin Bacon. Of course, the main trio has great support in supporting actors, among which the leaders are Laurence Fishburne and Marcia Gay Harden.

What I didn’t like was the monologue of one of the supporting actresses at the end of the film. That part literally ruined my whole film, for the simple reason that it insists on pity and confirmation of the correctness of the event, which is to be condemned, as if Eastwood brought a character from his earlier films in which there was no rule of law. The film has no moral boundaries and it seems that violence, lies and selfishness are correct, even desirable phenomena. The character of Dave Boyle is the character of all people who are abandoned, unprotected and in the end everyone turns their backs on him, and that miserable fate of his makes an unpleasant feeling in his stomach after watching the film.

The film picked up huge awards. Sean Penn won the Oscar for the leading male role, while Tim Robbins took the golden statuette for the best supporting male role. The film was also nominated for screenplay, direction, photography and a supporting female role (Marcia Gay Harden).

From all possible aspects, the film was done superbly. The very theme of the film can be repulsive to some viewers, and the unfolding can make the film remain in the viewer’s negative memory. Still, Mystic River is definitely worth watching and every true movie buff should watch it.