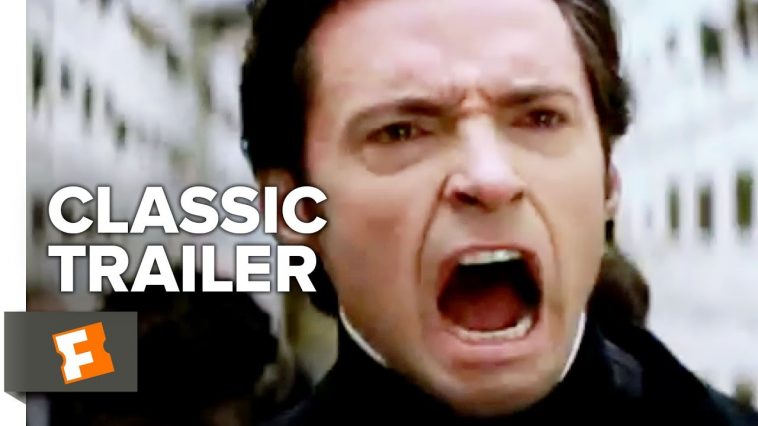 Alfred Borden and Robert Angier are two excellent magicians, just on the rise, under the baton of the old master Katera who advises them on how to progress. However, during one of their risky performances, an accident happens that separates them forever and they become mortal enemies. The rivalry that used to be friendly among them is now moving to a higher, worse, hostile level, and because of obsessive jealousy and envy, they are constantly trying to ruin the talent, skill and gift they have. That jealousy will eventually produce fatal consequences.

The film is based on an adapted script (Nolan did it with his brother Jonathan) of Christopher Priest’s novel from 1951, and it is interesting that Priest insisted that Nolan make the film. This is perhaps Nolan’s best work so far, because it really is the most complete. Both Memento and Inception are great films, but this one goes a step further and is a true masterpiece. There are no hollow, boring moments of the story or idleness in the film, all the time the film keeps one tempo that is easy to follow, and only seemingly seems very complicated. The atmosphere of the film is “brilliantly dark”, at times creepy.

The film is set in the early twentieth century in what was then London. It is explained and resolved more and more with each new shot, as the plot progresses a lot of things become clearer and we come to a very impressive, unexpected and somewhat shocking ending that rounds out the whole story. This is how Mr. Nolan’s direction could be described, which is really always at the highest level.

The acting is also one of the brightest points of this film, especially the two main protagonists. Christian Bale plays a brilliant and very creative magician who lacks the confidence to put everything he imagines into action, while his rival, played by Hugh Jackman, lacks that confidence, he has too much, he is outlined convincingly pretended arrogance, but he also lacks ideas and creativity. That’s why these two are a great acting couple in the film, because they complement each other in some way. Everything has been said about Bale before, so I will praise Jackman, when I didn’t consider him a good actor before, but he reassured me and showed that he is a great talent who is sometimes pushed aside, so he doesn’t stand out enough.

In addition to the two of them, I will praise Michael Caine, who is an acting legend, then the beautiful Rebecca Hall, as well as the character of Nikola Tesla, played by musician David Bowie. Personally, I think that is perhaps the best hit link in the film. Many resent Nolan’s choice, justifying that Bowie does not look like Tesla physically, as well as because of his accent, even though he was an American citizen at that time, so it is normal that he lost his Balkan accent.

Since this is a fantastic thriller / drama, there is no deeper main point that would be the highlight of the whole story. Maybe it’s just that everything in life pays off, someday, one way or another, as well as that the balance of good and evil is still dangerously shaken and we can never be sure that everyone will end up getting what they deserve. However, every viewer of this film will surely get what he deserves, and that is an ingenious film work by an even better film director that will interest the viewer, entertain him, make him think, and at the same time make him sad and happy.