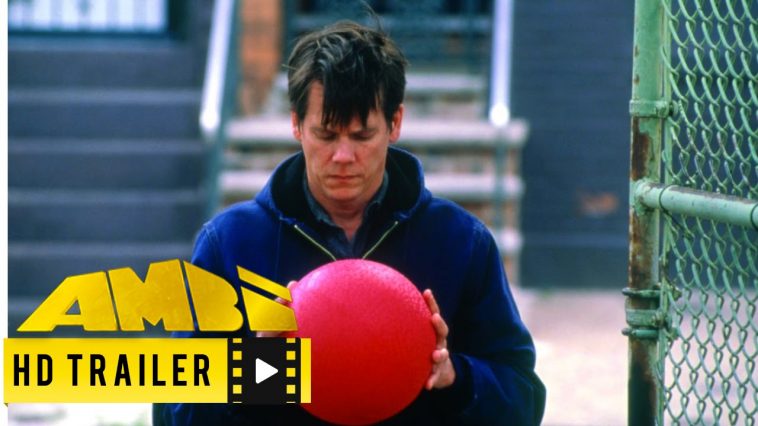 I am a big fan of Kevin Bacon and this film had to be watched, but I didn’t know that it would enter the very top of the list of his roles in terms of quality and interestingness. In this film, the extremely sensitive topic of pedophilia is treated from an even more sensitive point of view. He is special in that in the sea of films with similar themes, he has put things in their place, he is not trying to justify a pedophile and his actions in any way, but only to “bring him closer” to people who want to try to understand such sick people. . Also, the film itself does not give some desired answers on the sensitive topic of pedophilia – how and why, as most expected, but it does provide top acting performances.

Voltaire is a convicted pedophile serving a sentence of twelve years in prison. When he serves his sentence and gets out of prison, he goes to a quiet town, finds a job in a sawmill, and settles in an apartment across the street from the school. It accumulates slowly and hard and gets used to life. In the sawmill, he meets Vicky, with whom he begins a relationship. Although he wants to keep his past to himself, the truth about him is slowly coming to light. Various stories begin to circulate in the city, many of which are not true, while he struggles with himself, his sick instinct, but also the instinct to survive and secure his own existence.

This film seeks to portray a pedophile as a human being, who is unaware of his deep moral perversion and has unnatural relationships with children. Illness, deviance or something third, pedophilia is one of the worst phenomena in this world, and giving another chance to a pedophile is never a good decision. His instincts do not disappear, his desires are always the same. When Bacon’s character in the film creates a strange friendship with a girl, he can’t stand that benign relationship. Although he doesn’t do anything to hurt the girl, it seems that everything around him has conspired and he finally shoots, so he spits on another pedophile when he followed him watching his “actions” from the window of his apartment.

This film is the debut of the young director Nicole Kassell, who also participated in a good part in the script for this film, so there is even more praise for this woman. The topic is very complex, there was a lot of controversy about the fact that the film will be rejected at the beginning, but the audience, as well as the critics, still accepted the film well and seriously addressed this problematic topic. Admittedly, verbally.

Bacon really put in the effort in this movie. Acting as a pedophile is probably not an easy job, especially for one parent. His acting contribution, which would otherwise be an excellent choice in such complex and undesirable (for an actor) roles, was highlighted as a masterful performance, as a new level of his acting maturity. The actress who “comforts” him in the film through her character, and is also his wife in real life, is Kyra Sedgwick, so it can be said that this is a small marriage project. We should also point out Mos Def, who is excellent in the role of an unpleasant suspicious detective and below all the more interesting acting choices.

I recommend this excellent and complex socially sanctified drama to anyone who likes a more serious film with a theme that stands out from the model of an entertainment project.