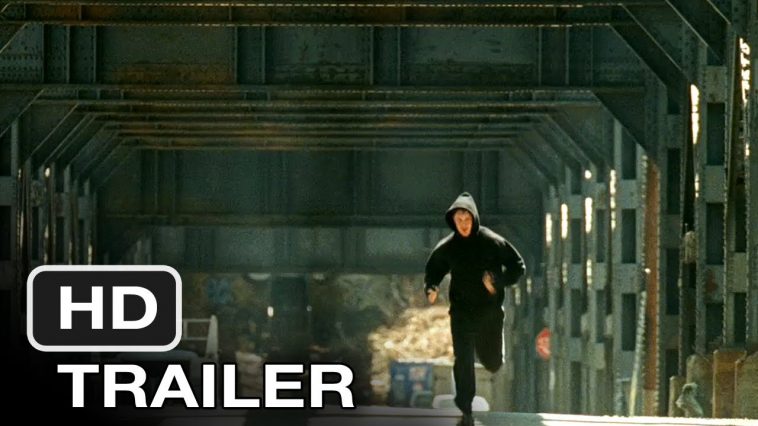 One of the most pleasant film surprises in 2011 is definitely this great sports drama by Gavin O’Connor, who has a great Pride and Glory behind him, but for whom sports dramas are definitely a specialty and a passion. Miracle, one of, in my opinion, the best sports dramas is the work of his hands. This film, like his previous works, has a very good story, very good actors and a constant layered portrayal of both the plot and characterization of the characters which is one of Conor’s main positive characteristics as a director.

The story follows the fate of the ruined Conlon family. The once very popular boxer Paddy Conlon, now an elderly, failed alcoholic, finds himself returning home to his younger son Tommy, with whom he has not been in any contact for many years, let alone in any good relations. Tommy, although very angry and angry with his father, has his hidden goal, for which his father will serve him by training him for the upcoming big mixed martial arts tournament. However, not everything will go as smoothly as Tommy imagined, because the path will lead him into a clash of life, into the final ring with his own brother, who has his own interests and goals.

With a relatively predictable course of action in which an outsider manages to do the unexpected, the screenwriters could not be left much room for maneuver. However, in addition to traditional struggles, there is a strong display of numerous emotions. The characters, unlike most films with this theme, are elaborated in detail and excellently characterized, so that they easily grow on the hearts of the viewers. The relative problem is that the action is held by two extremely sympathetic protagonists, who together hold the viewer’s attention and affection until the very final fight.

Some critics cite the fight scenes as a flaw of this great achievement, ie. opinions are how badly and carelessly they were done. Given that they are not the main ones in the whole story, but the emphasis is on inter-relationships in a broken family, that was somewhat to be expected. There are a lot of others who understand martial arts, who say that they were surprised by how realistic certain scenes are, although they agree that they exaggerated with certain moves and that they look like cats. Criticisms also go to the main character, that is. to the fact that as an uneducated fighter he overcame favored professional fighters. It’s not impossible, but it’s kind of too much. That part of the film is “justified” by his enormous amount of anger and long-accumulated anger, which somehow has to somehow surface.

This film is also fantastic because of the performance of all three main actors. Nick Nolte as the father of an alcoholic, then Tom Hardy as the “favored” son in the eyes of another brother, who has his demons to defeat, and finally Joel Edgerton, as the son who he tries to provide everything for his own family, wife and two daughters. Joel is a relatively unknown actor, at least he was like that before the filming of this film, but he played perhaps the strongest role of all three in the film, while Tom Hardy gained an enormous amount of muscle for the purpose of filming and seems very scary.

“Warrior” is a really great project, deep and instructive. Although at first glance it seems like a typical martial-action film, the emphasis is on the father and brothers, that is. their problematic relationship in which everyone else is to blame for something. It also shows how little it takes to behave abnormally, all it takes is for everyone to overcome themselves and their vanity.

The film has blood and tears, drama and hugs, beatings and swearing, mistakes and redemption, as well as life itself. Recommendations for watching.